Helen Thurloe is an Australian writer and poet. Born in Perth, Western Australia, Helen moved to Brazil as a baby and learnt to speak Portuguese to the locals, and English to her parents. Later she grew up in Sydney, reading all of the fairy story and science fiction collections in the local libraries. Her mother told her, ’There’s more to life than books’, but clearly she was wrong.

In her final year of school, Helen studied lots of English, some Ancient History, and plenty of Physics, Chemistry, Biology and Mathematics. She remembers the lab pracs as the most fun you could have in the classroom, and the science teachers as being the craziest.

At Sydney University Helen was uncertain whether to study Science or Arts, so she did a bit of both to start with. She dissected many rats, and even kept a couple in the freezer at home for practising on. This freaked out her housemate—though they are still friends today. But after a while her interest in stories won out, so she mostly studied Government, and English Language and Literature.

In her early adult years Helen travelled widely in Europe and America and then, later, extensively through Asia. She has always been interested in how culture influences choice, particularly for women, and in regional food and textiles.

She returned to Australia and worked in Public Relations for government and commercial companies, got married and had two children. She trained in the Alexander Technique (an Australian invention which helps people establish good habits of body use to avoid injury, especially important for writers) and, with her husband, set up an ergonomic furniture business. During this time, Helen started spending more time writing, and produced poems, essays, and then Promising Azra…

Azra is sixteen, smart and knows how to get what she wants. She thinks. When she wins a place in a national science competition, she thinks her biggest problem is getting her parents' permission to go. But she doesn't know they're busy arranging her marriage to an older cousin she's never met. In Pakistan. In just three months' time.

Azra always thought she'd finish high school with her friends and then go on to study science, but now her dreams of university are suddenly overshadowed. Can she find a way to do what she wants, while keeping her parents happy?

Or does being a good daughter mean sacrificing her freedom?

Helen Thurloe’s Promising Azra is a powerful human interest story. This work casts a spotlight on the clandestine practise of forced marriage of young women living in conservative sectors of the Australian Muslim community.

For sixteen-year-old Azra Ajmal, a first generation Australian of Pakistani heritage, her personal ambition is to excel academically. Her immediate concern is to convince her parents to grant her permission to compete in a national science competition. Azra’s family adhere to strict Islamic traditions where the honour of the family is valued higher than that of the individual. Her uncle, Zarar Ajmal, the patriarchal head of her extended family, assumes control over their lives. Azra doesn’t realise it but her academic aspirations are about to be overridden by a family pact to marry her to a cousin in Pakistan.

Azra’s innocence and naivety makes her struggle against this arranged marriage and the certain conflict this would cause with her family nerve-racking to witness. The penalty for her defiance would be banishment from the family home and a future living in hiding as protection against an honour attack against her. Faced with an impossible choice, either decision brings with it great personal sacrifice.

There is a symmetry to the structure of the work that accords with the significance of the Muslim calendar. The work opens during Rajab, when conflict is forbidden and there is a period of calm in Azra’s family experience. As the work moves into Sha’ban, the month of separation, we see Azra shunned by her family for her independence. The month of Ramadan that follows is a holy time of celebration and her family plan her imminent wedding. But, one year on, the Muslim New Year of Muharram gives promise to hope and new beginnings. 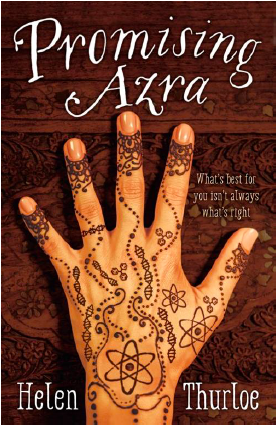