What are servers? This is an animated video explaining the difference between servers and desktop computers. 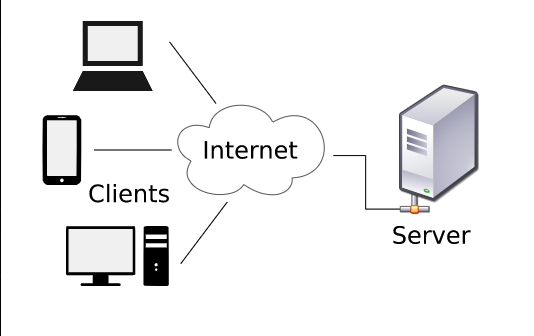 A computer network diagram of client computers communicating with a server computer via the Internet.

Server hardware also differs from desktop hardware in terms of its form factor. Modern desktop computers often exist as mini towers, designed to be placed under a desk. Although there are still some vendors that offer tower servers, most servers are designed to be rack mounted. These rack mount systems are described as having a 1U, 2U or 4U form factor, depending on how much rack space they occupy -- a 2U server takes up twice as much rack space as a 1U server.

Some Windows 10 editions include Hyper-V, Microsoft's virtual machine platform. Even though both Windows 10 and Windows Server can run Hyper-V, Windows 10's hypervisor is intended to be primarily used for development purposes, whereas the version of Hyper-V included with Windows Server is designed for running production virtual servers.

Although an organisation could conceivably run a virtual server on top of Windows 10 Hyper-V, there are licensing issues to consider. Additionally, Windows Server Hyper-V includes resiliency features that aren't found in the Windows 10 version. For example, Windows Server supports failover clustering and virtual machine replication.

Similarly, the Windows 10 operating system can make files available to devices on a local network. However, Windows 10 was never designed for large-scale file sharing. Windows Server, however, can be configured to act as a fully featured file server. In large organizations, a distributed file system can be created across an entire server farm for the purpose of providing better performance, scalability and resiliency than what one physical server would be able to provide by itself.

Servers are often categorized in terms of their purpose. A few examples of the types of servers available are as follows:

Source: Posey, B. (2021, June 3). What is a server? WhatIs.com. https://whatis.techtarget.com/definition/server

The presenter explains what router is and what it does using images and diagrams. 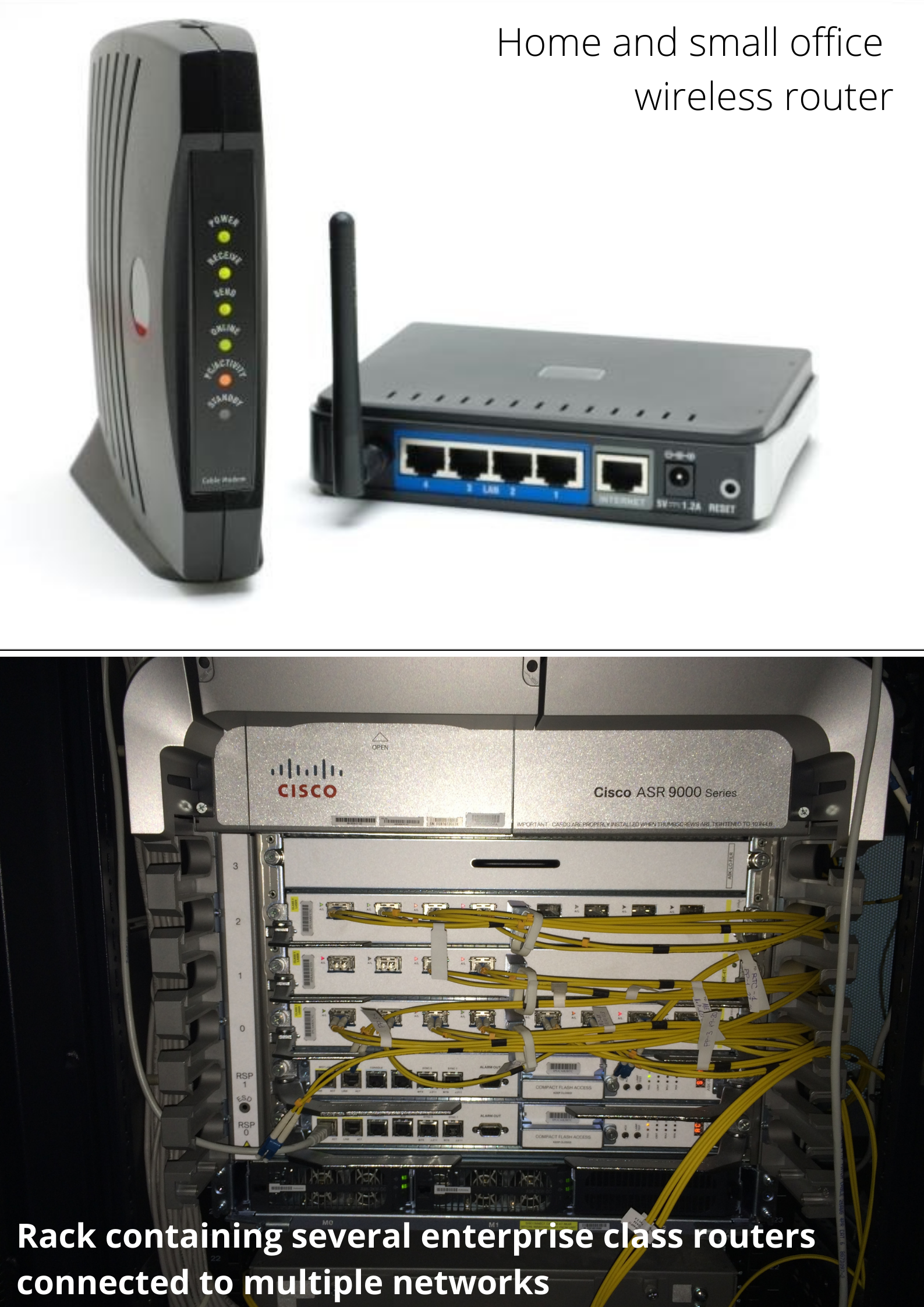 What is a Modem?

Nowadays, we don’t just use the Internet, we rely on it. When the connection is slow—or worse, nonexistent—your whole day could be ruined. But have you ever stopped to think about how that connection works? From Wi-Fi router to mobile devices, the components that make up your home network all speak different digital languages, but your modem is the translator. It takes the signals that come from your Internet Service Provider, or ISP, and translates them into an Internet connection for your Wi-Fi router to broadcast. On a basic level, your modem gives you access to the Web, but it can also make a huge difference in the efficiency of your home Wi-Fi.

How a Modem Works

The modem receives information from your ISP through the phone lines, optical fiber, or coaxial cable in your home (depending on your service provider) and converts it into a digital signal. The router’s job is to push this signal out to connected devices, either through wired Ethernet cables or Wi-Fi, so that all of your devices can hop on board and access the Internet. Your router and ISP can’t communicate directly because they speak different languages—or rather, they transmit different signal types—which is why the modem’s role as a translator is so important.

A good explanation on the difference between a Wireless Access Point and a Wi-fi Router.