Water in the World 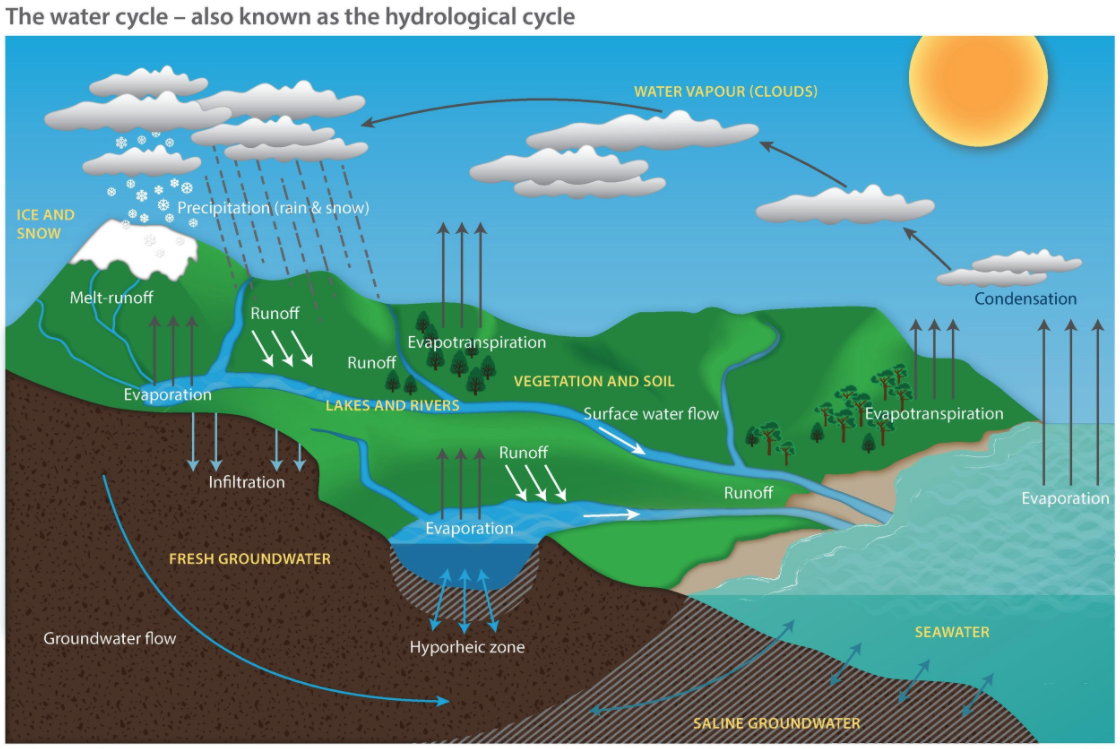 School of Geography and the Environment. (2018). The water module | student resource. University of Oxford. https://upgro.files.wordpress.com/2018/03/water-module-student-resource-web.pdf

Infographic describing the causes and effects of water scarcity. Water scarcity is divided into two types. It is likely that water scarcity will become one of the world's most serious environmental and economic problems; however, there are several possible solutions that could be employed to prevent it. 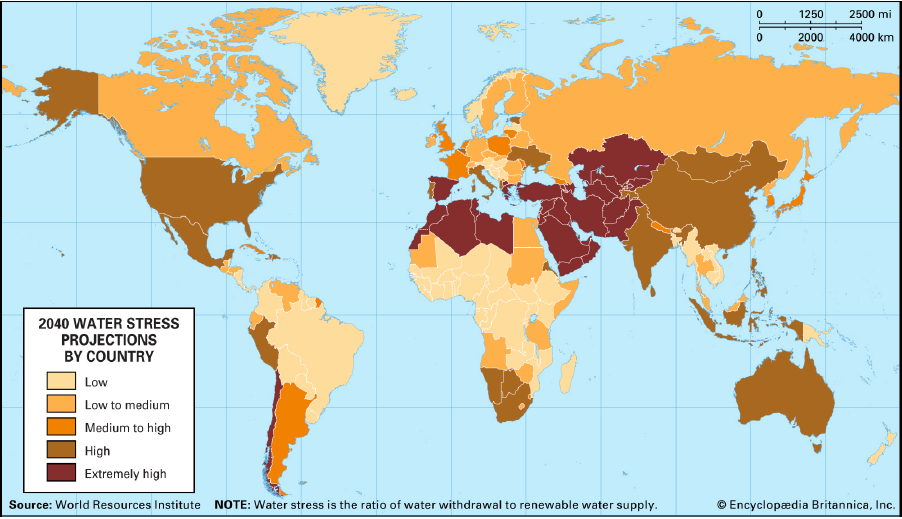 World map of projected water stress by country in 2040 under business-as-usual scenarios.

What are the consequences of water scarcity?

There are a number of ramifications tied to the water crisis, including:

When people can’t access clean water for drinking, agriculture, and washing, their lives are at stake. Every year 842,000 people die from diarrhea caused by consuming unsafe drinking water or insufficient sanitation practices. Eighty percent of the illnesses in developing countries result from unhealthy water and/or sanitation systems, and one out of four deaths of children under the age of five are the result of water-related illnesses.

Water scarcity has serious effects for wildlife and flora. Especially notable is the rapid disappearance of wetlands, which reduces wildlife habitat and causes the loss of water filtration, storm protection, and flood control services typically proffered by wetlands. Collectively, the world has lost 50 percent of all its wetlands since 1900, and nowhere is immune: Even places like California, Florida, and Louisiana have witnessed high rates of wetlands disappearance.

When water is hard to access, people will spend an inordinate amount of time obtaining it. This means people are not free to invest in education and careers, among other things, and this trickle down impacts both individuals and their countries. For example, the World Bank estimates that water scarcity can result in GDP losses of as much as 14 percent.

As water becomes scarcer, it also becomes more expensive. That increases the cost of producing food crops, which then increases the cost of food in local grocery stores and markets. For example, a mere ten percent rise in the cost of water could increase the production cost of a single orange by as much as thirty percent. This simultaneously makes farming more difficult and decreases access to healthy food, which has ramifications for public health.

History shows that when food prices spike, so do rates of violence and social conflict. This makes sense when you consider that starving people are more willing to break with social convention if it means getting something to eat.

Higher costs for clothing, electronics and other consumer goods

The fashion and electronics industries are notorious for their astronomical rates of water use. As water gets more expensive, it becomes more costly to create a variety of products. This could increase the difficulty in accessing clothing, phones, and more. 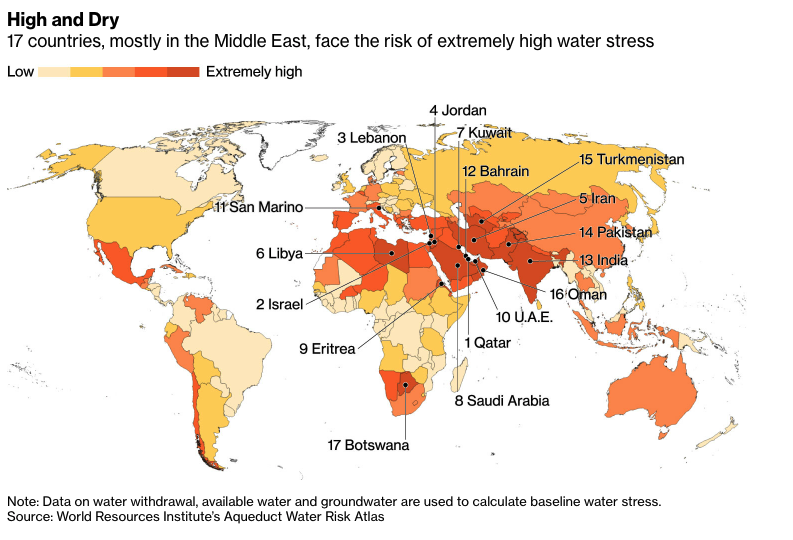 Dormido, H. (2019, August 7). These Countries Are the Most at Risk From a Water Crisis. Bloomberg - Are you a robot?. https://www.bloomberg.com/graphics/2019-countries-facing-water-crisis/

How are people reducing water scarcity?

There is some good news. In fact, one study found that water scarcity can be significantly reduced by 2050 if we commit to making big, yet practical changes.

It’s one thing to have access to water, and it’s another to have access to water that is safe to drink. Effective water filtration systems help ensure freshwater can be put to good use—not making us sick. That’s one of the reasons why companies worldwide are committed to developing sophisticated water filtration systems that produce purified water free from bacteria, microbes, and other contaminants, and bringing this clean drinking water to as many schools, hospitals, workplaces, and homes as possible.

It takes every community in the world to reduce the threat of water scarcity. Now more than ever, the world needs water stewards in all forms. Whether that means taking shorter showers, installing low-flow toilets, and collecting rainwater for garden use at home; reusing gray-water and eradicating leaks and other water inefficiencies at schools and offices; or investing in sustainable energy and water reduction initiatives by companies, water stewardship is a big part of the puzzle when it comes to limiting water scarcity.

Remember when we mentioned that wetlands are natural water filtration systems? Well, that means they have a big role in collecting and purifying water. Wetlands are disappearing at an alarming rate, but conserving wetlands could have a major payoff. Currently, an international treaty called the Ramsar Convention has helped protect more than 2,000 wetlands. More aggressive conservation measures are required if we want wetlands to assist our efforts to reduce water scarcity.

Industrial agriculture is one of the biggest drains on water resources. Simply switching from flood irrigation systems to sprinklers or drip irrigation systems could help the agricultural sector save a tremendous amount of water. When combined with better soil management practices such as no-till or limited tillage and mulching, which reduces evaporation from the soil, more efficient irrigation systems can significantly reduce water usage.

Climate change increases the frequency of droughts and floods. By expanding the reservoir capacity we can capture and storage floodwater, to prevent its loss to the ocean, where it becomes salinated and more difficult to treat. This stored water can be used to provide water during times of drought. In the U.S, many states (such as California and Wyoming) are considering enlarging existing reservoirs or building new ones.

The technologies involved in seawater desalinisation are new but promising. The process involves converting seawater into freshwater suitable for drinking, cooking, bathing, and more. The researchers of the study predict that increasing the number of seawater desalinisation plants by 50-fold would make a big impact when it comes to reducing water scarcity. The biggest downside is that desalinisation requires huge amounts of energy; it’s important that these energy sources be sustainable so they don’t contribute to more water scarcity.

While the topic of water scarcity may feel pretty daunting, there’s a lot of hope. The future of our planet and its water resources is not written in stone. If we come together to invest in reducing water scarcity, we can help ensure people are able to rely on healthy water sources for decades to come. 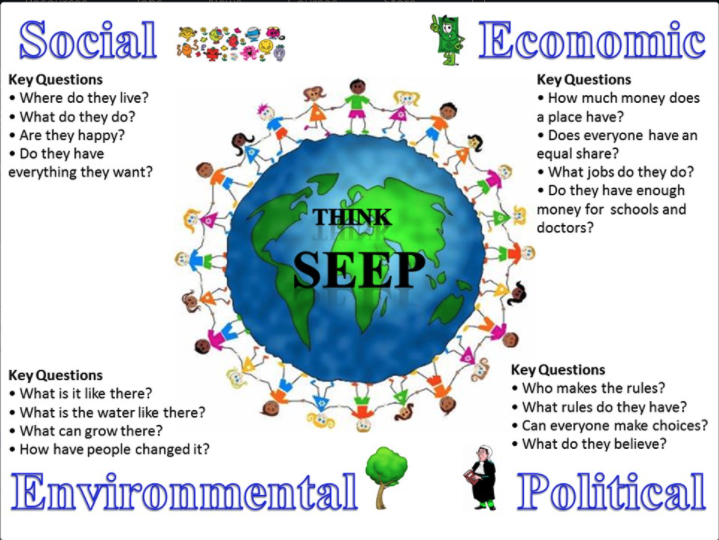