Social structure in the Medieval Period

Medieval Social Hierarchy
During the middle ages or the medieval period, the society was divided into several different classes which were based on their importance in society and kingdom. These classes were divided and marked on the basis of factors like status, hereditary, income and others. 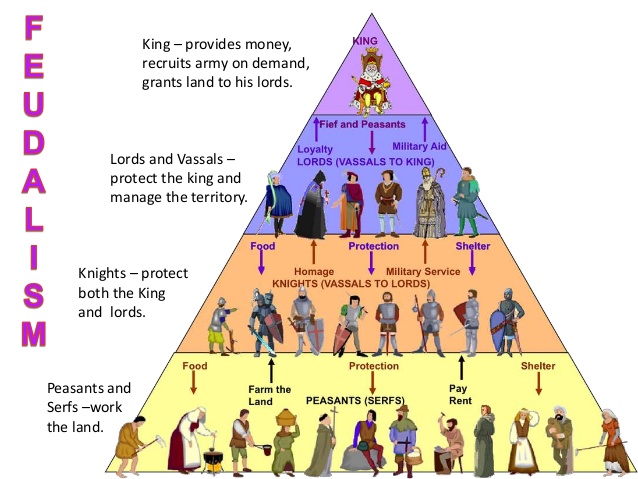 Feudalism
In the Middle Ages, before the rise of national states in western Europe, the people there lived under a system called feudalism. This was a social system of rights and obligations based on land ownership patterns.

Feudalism
Feudalism (fyōō′dəlĭzəm), form of political and social organisation typical of Western Europe from the dissolution of Charlemagne's empire to the rise of the absolute monarchies.

The Feudal System
The feudal system that developed in medieval Europe was the foundation of the region's early society and politics. It created a mutually beneficial contract between landowners and the lesser nobility, and affected most of medieval history, from the time of Charlemagne until the end of the Crusades.

Life in the Medieval Period

Everyday life in the Middle Ages
Life in the Middle Ages was very different depending upon whether you were born into a rich family or a poor one. Most people led exactly the same lives as their parents had before them. Very few people were able to significantly change their lives through education or other opportunities.

Life in the Middle Ages